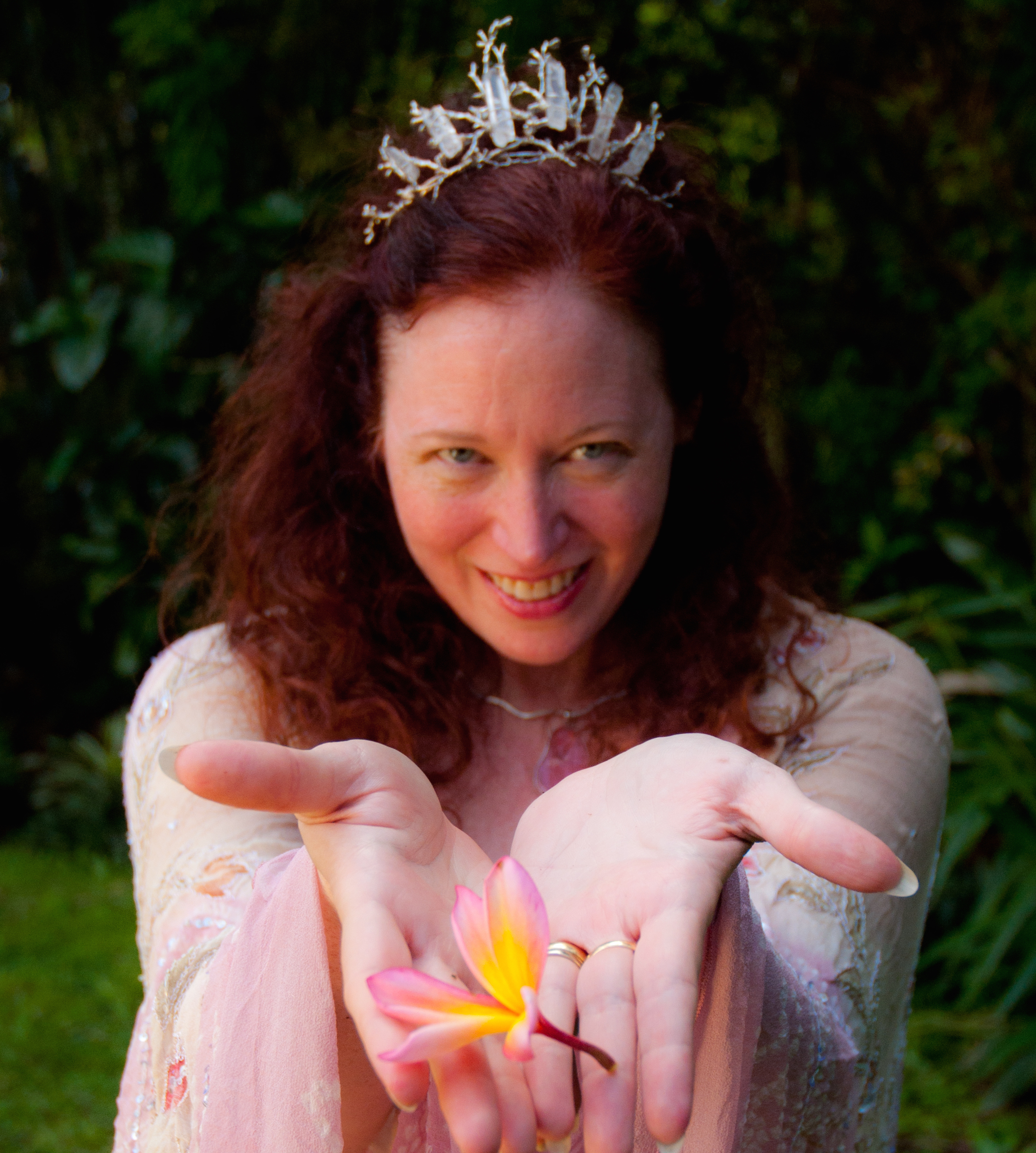 If you had told me in the late ’90′s that in 2010 I would leave academe, I would’ve laughed in your face. If you’d added that I would instead be channeling Akashic Records and using crystal energy and other metaphysical hocus-pocus to transform people into the best versions of themselves, I probably would have punched you. Seriously.

So, how did I get from there to where I am today? Magick.

Yep. That everyday kind of magick that we create when we wake up and discover who we really are and what we’re truly meant to be doing in this world. And by the way, this is the same kind of magick I call forth in my clients. [That could be you.] I pull back the curtain on the fallacy that you are somehow less than Perfect, and show you your Incontrovertible Gifts. You know you have a message to share with the world. Let me help you drop all your nagging illusions of smallness, scarcity, and limits so that you can burst into the right awarenesses in all your formidable glory, complete with stars, sizzle, and sparks.

Here’s how it went down:

I spent 20 years in academe—getting my Ph.D. from a prestigious program, then as a professor, department chair, recognized scholar, and high-ranking officer in my international professional association. I was really good at what I did. I even manifested a book contract the first time I pitched it. That never happens. Like, ever. I was the picture of the successful young academic. So how come I wasn’t happy?

I wasn’t getting it, so the Universe threw me some clarity. In 2008, the picture changed: with a new president and dean who didn’t know all the good things I’d accomplished, I went from being a productive young chair who had built a hot, new, and lucrative program, to being an indefensible waste of resources. Whoa. I had whiplash! Or maybe an allergy… I couldn’t stand being seen as something so much less than I was, and I was itching to get out. But it’s inconceivable to want to leave a tenured academic position, right? Isn’t that as good as it gets?

“STEP AWAY FROM THE CAR(EER)!”

My final wake-up call came on January 1, 2010, when I reacted way out of proportion to something trivial; I knew it was because I was dreading going back to work. It was like a cop’s voice in a megaphone: [zzrbt] “Step away from the car(eer)” [zzrbt]. I turned in my letter of resignation that day. Once I had allowed myself to entertain the possibility of quitting (no small thing!) I knew, in my bones, that I would rather live in a van under a bridge and home-school my daughter than keep poisoning my family with the toxic energy from work.

Rewind the clock to 2008: “Coincidently,” at the same time as my cushy university gig was going south fast, I discovered my Akashic Records. Holy Smokes! I learned that I was a Truth Teller: that imprisoned angels were set free by my Truth Song. Also that my special gift was that people flourished under my loving attention. I didn’t know then how to interpret this, but I thought it sounded pretty nifty. Today I have to chuckle: this is exactly what I do, and I revel in my work every day. And to think that I though academe was cushy! Ha.

I’m a catalyst, an activator, an accelerator. So, now I work with people like you who are called to change the world for the better: business owners, teachers, coaches, healers and creatives who want to play a whole lot biggerand use Soul-Power to do it. Say “yes” and step into your dazzling, brilliant, translucent True Self and your undreamed-of potential. Why wait? You have nothing to lose but fear, struggle, lack, and maybe even the delusion that you are insignificant.

Are you a caged angel yearning to be set free by the Truth?

Come work with me and behold the alchemy of your transfiguration. That you’ll be that much more effective at changing the world is just the icing on the cake.