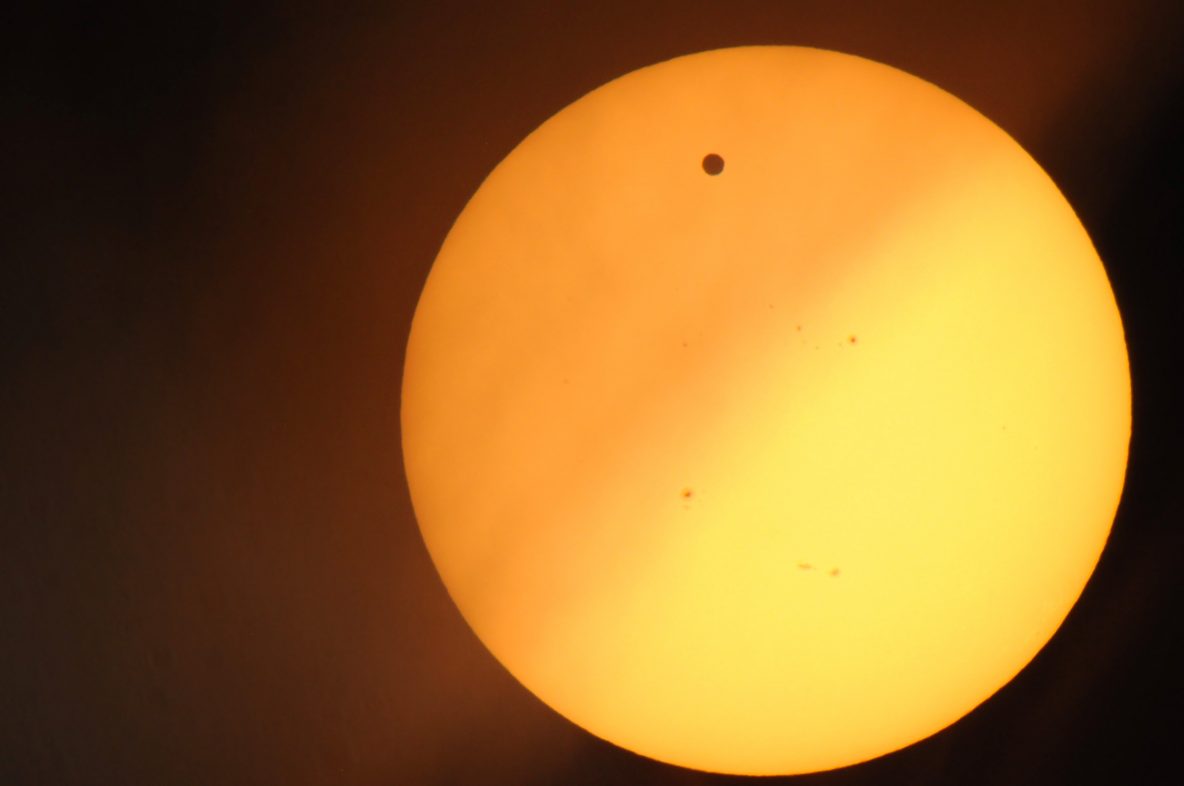 Gemini Lunation message 2020–We are IN IT now!!

A request for patience before I start—there is so much to say that this is going to be a long post, even for me. But I think worth it. (So I’ve been told.)

I’m going to be using some “language” here, so be aware. There are certain situations in which strong language is called for, and this, in my opinion, is one of them.

Please know that I wrote most of this right after the Gemini New Moon on the 22nd, BEFORE George Floyd’s murder, and all of the justified unrest that has ensued. I’ve spent the past 10 days listening, reading, learning, holding space, and processing many big and volatile emotions—mine and especially other people’s.

We wanted change. We’re getting change. It looks like a shitstorm for sure.

You know how in the Dustbowl people would have to hold onto a line to get from their house to the barn to milk the cow? As best we can, let’s hold onto the thread of Truth, which is that we chose to be here as actors in this potent time, and that our souls are infinite. If we can keep letting that thread of Truth that ultimately everything is made of Love, and putting one foot in front of the other in solidarity and presence, we will make it through.

Today, 3 June, is the end of the Venus in Scorpio 19-month synodic cycle, and the start of the 19-month Venus in Gemini cycle. This is a Big Deal. The Sun meets Venus to seed this upcoming period at 4:43 pm Eastern, at 13 degrees of Gemini.

Since you’re reading this, you probably already recognize that 13 is the number of the Goddess/Divine Feminine. She is smiling on us, and at this point I’ll take all the good news I can get.

Before then, I recommend feeling gratitude for the Venus in Scorpio synodic cycle which is ending. Consciously release those things (ideas, beliefs, relationships) which you know you have outgrown. And know that you are performing a ritual, because that’s what conscious release is. You don’t need any special tools: at most a pen and paper and a safe way to burn it. But you could even speak what you’re releasing into a glass of water or a pebble you find on the ground and pour out the water/bury that pebble with gratitude.

You don’t need anyone to tell you we’re in a time of great change. Venus rules beauty, sensuality/pleasure, money, and relationships. Scorpio is the edge-walker, the sign that rules everything that used to be sacred and under the Patriarchy is now taboo: sex, death, secrets, the Mystery. The Patriarchal powers that be want to REPRESS—and will go to violent means to achieve it—what they don’t want to look at, what they don’t want to take responsibility for.

What they don’t want to cop to.

I am not at all surprised that the dark (by this I mean hidden and repressed) underbelly [Scorpio] of race relations [Venus] has been exposed at the end of this cycle.

Do your rituals. Be grateful for what you’ve learned and what you’re releasing. And go on to love others through this time.

Also, we’re in Eclipse Season since that Gemini New Moon two weeks ago. This is the time when what we’ve repressed or papered over comes to light and says “We’re Ba-aaack!”

I’m not going to add any comments within the text that came through on the 23rd. But as you read it, look for things that make your spidey senses tingle. That text is in blue italics.

My guides tell me that for this lunation—with so much emphasis on Venus, Mercury, Neptune and Saturn—this month is about fantasy and reality; how they can work together, as well as how we value and express them. (NOT fantasy versus reality. Fantasy/illusion and reality at the same time. Nuance.)

Small digression: the astrological sign of Gemini is often seen as being all about duality, polarity, opposites, the 2; the glyph or symbol for Gemini often looks like a Roman Numeral 2 (II). This is why the message for this moon cycle was so interesting to me. Could we be embarking on a voyage to change the nature of duality?? That’s a tasty morsel to chew on… Now back to our regularly-scheduled program:

In our patriarchal world, fantasy—or wild imaginings—have consistently been set up as opposed to steady, reliable reality; and the former was definitely deemed “less than.”

Now, it is time for the fantasy-reality polarity to cease to be black and white; even to cease to be a polarity. Ideally, humanity will start to see the creations of our imagination as part and parcel with our reality, and not in opposition to it: more of a yin-yang than a see-saw.

When someone says “vision” do you think hallucination/delusion (something threatening to reality, and to be tossed on the junk heap), or do you instinctively go to dreaming in the future or creating something new (reality creation rather than destruction)?

It’s important here to stop and consider reality itself. Most humans have long thought of reality as steady, sturdy, solid, and enduring. Tangible. You can change it, yes, but it takes time and effort. The chip, chip, chipping away of marble to create a piece of art.

Now, with the advent of quantum physics, we are being shown that in fact, what we once considered solid, dense, reliable and permanent is actually a bunch of light particles choosing to “play at reality” with us. In every fraction of a second, these photons decide to pretend to be solid to play along with our vision of reality; this is called crystalline energy—the true matrix in which we live, but one most cannot see.

In an entirely crystalline world, there is no such thing as permanence.

It is a figment of our imaginations to believe that any thing is totally solid and non-malleable.

Let’s just breathe on that one for a minute.

Is your mind a little boggled right now, thinking about that? Mine, too.

Here’s the thing: we are between worlds; between paradigms, between realities.

In essence, things are still partially 3D and partially crystalline (completely subject to our intentions). It’s a transition period for sure, but there is no clear information about how long the transition will last.

Saturn just entered the air sign of Aquarius a few weeks back, and as it is now moving backwards, it will back up into Capricorn again for a number of months. For now we are getting a foretaste of what the next two years of Saturn in Aquarius will be like.

Before the discovery of Uranus, Saturn was the lone ruler of this fixed air sign, so different from cardinal earth Capricorn. How will Saturn, the planet of Mastery, Sovereignty, Responsibility, Authority and Limitations show up after its Plutonian transmutation and rebirth on January 12th of this year? That remains to be seen. In the meantime, this feels to me like more malleability than we’ve seen in Saturnian matters in a long time.

Saturn, now sitting at 2 Aquarius, was exactly trine (an aspect of lazy harmony) with the New Moon at 2 Gemini on the 22nd. At the birth of this lunation, which {cough} is also the kickoff of a new triple-eclipse Eclipse season, we also saw retrograde Venus (values, love, partnership, beauty, sensuality, self-worth) sitting right next to Mercury (magick, mental processes, communication) at 20 Gemini, squaring off with visionary and intuitive Neptune at 20 Pisces. 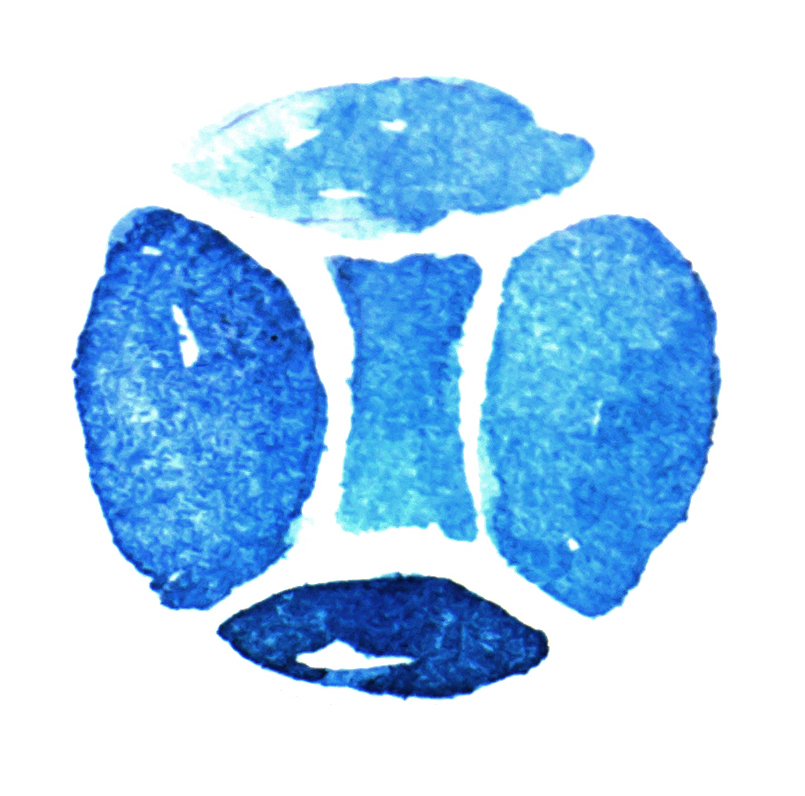 Did you notice all those 2’s? Yeah, it’s hard not to. Gemini stands for the twins Castor and Pollux.

The two of course also indicates partnership, duality, or opposites, in addition to twins. The two can also be one: two sides of the same coin, the double-edged sword. Two sets of 2’s (we actually had 8 here at Friday’s New Moon) make a square. The square aspect in astrology is a right angle, though can also indicate turning a corner.

I’ll also point out here that we have lots of planets in the signs of their rulership: Saturn in Aquarius we mentioned already, but Mercury rules Gemini and Neptune rules Pisces. When a planet is in the sign it rules, that makes its energy extra powerful and easy to feel.

Remember the Capricorn party last Eclipse Season when we had the Sun, Saturn, Jupiter, Pluto, Ceres, and the South Node all in Cardinal Earth Capricorn? Well, now the nodes have shifted, and this time it’s a Gemini party with the Sun, North Node, Retrograde Venus and soon-to-be-retrograde Mercury all hanging out with very little social distancing happening. Four planets makes a stellium, but Venus Rx should really count for more than one since she’s being felt so powerfully. (Want to know more about this? Venus was the topic of the Akashic Beltane channeling available here earlier this month.)

So, Gemini is the flavor of this eclipse season.

That was as far as I had gotten before the world exploded in pain and anger.

If you are feeling it, as I am sure we all are, please know that I witness your pain, and that the truth will out, eventually.

We are between the worlds, between paradigms, between cycles. It’s Eclipse Season, and we’re even between the new energies of eclipses (Friday’s Sagittarius FM Lunar Eclipse will show us what eclipse energies we’ll be feeling for the next 2.5 years; the other two will be wrapping up the Cancer and Capricorn energies we’ve been wading through since 2018).

There are new and magickal opportunities opening up for all of us if we can see them and step into the portals as they open.

Today is just such a portal. So is Friday’s eclipse.

If you can, I suggest trying to be in the circular flow of the yin-yang (in which black includes white and white includes black, and they both swim together in give and take) rather than the see-saw energies of absolute duality. I relayed this to a dear friend last week and she says that it had helped her to hold the energies with more love and less fear.

The Neptunian energy which is so powerful right now might be making reality look and feel more like a nightmare than a blissful vision. But what if we could—in the midst of all the injustice, and all the oppression, all the fuckery—plant the seeds of our vision of bliss?

Be kind to one another. Let us all open our winged hearts. This is a signal time for the quest for freedom. Let’s take it.

May we all fly free soon!

Love + Magick (just realizing how much that right there encapsulates Venus in Gemini–GOOSEBUMPS!!)

P.S.: That “little black dot on the Sun today” image above is the Venus Transit. These occur in pairs—eight years apart—and It’s only visible every 121 years or so. The next set of visible Venus Transits will occur in 2117 and 2125.The two we were honored to live through occurred in June 2004 and June 2012. It was also in Gemini. Look back at what was going on in your life to get a sense of what this Sun-conjunct-Venus might bring.

I am aware that in 2012 the spiritual world was really excited about all the changes that were coming. The whole end-of-the-Mayan-Calendar was a big deal. I for one was eager to see all those blissful visions coming into form. Well, here we are. We wanted change. We got change. The Powers that Be don’t want to surrender to Love. It’s a lot more violent than I anticipated. (Duh.)

It’s up to us to hold onto our authority—our own inner wisdom—in all the ways that we can.

May the Force be with us all.