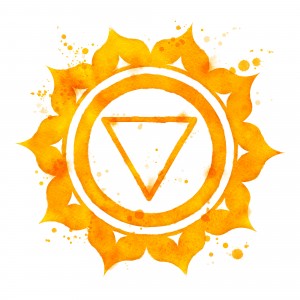 The Solar Plexus Chakra: Yellow: “I Can” or “I Will”

The third chakra is located at the level of the solar plexus, just below the sternum. This is the seat of your willpower, governing ego, logic, organization, and also of your relationship with yourself, your self-esteem.

If you are overconfident, or fail to respect others’ boundaries, you are likely to have an overactive third chakra, and if you underestimate yourself and your abilities, or are passive or meek, this chakra is likely to be imbalanced in the other direction. This is where you make your decisions and creations: creations are those ideas and projects that you sketch out etherically before you bring them into existence in the third dimension: the physical world. The second part of that equation—bringing them into existence—is called manifestation, and the third chakra is where this takes place as well. You can imagine that someone with an underactive Solar Plexus Chakra, who doesn’t think much of his or her abilities to succeed, will have a harder time manifesting than someone who believes in him or herself.

You can also think of your Solar Plexus as your inner Sun: it gives you energy and drive, and it makes you happy if it is burning bright. This sunshine-y energy can be harnessed to improve your mood and to increase your ability to make things happen for yourself,; I’m sure you’ve noted that when things go your way, you feel more confident, and when you feel more confident, things tend to go your way. If you want more of these things (self-confidence and good things in your life), surround yourself with what strengthens the third chakra: the color yellow and associated third chakra stones, for example.

In addition to the solar plexus, this chakra is linked to the stomach, liver, gall bladder, and pancreas, which is its governing gland. Have you ever had a sour feeling in the pit of your stomach? That’s your third chakra and gall bladder reacting to an affront that has made you call your worth into question: it has created extra bile and sent it to your stomach. Curiously, gall as a noun indicates brazen boldness (“that took gall!”) but as a verb (“it galled me”) it refers to rancor or bitterness over something to endure: the nominal form indicates an overactive third chakra, while the verbal form refers to an underactive one (you allowed something you didn’t like to be done to you, and maybe you even did it to yourself—how galling!).

Psychologically, Yellow (the color of the Sun and this chakra) and the third chakra are associated with wit, humor, logic, efficiency, flexibility, organization, warmth, self-assurance, self-awareness, self-control and personal power or will. To balance an overactive third chakra in someone who is domineering or aggressive, use the complementary color Violet (this moves the consciousness away from the ego and toward connection with All That Is).

For someone who is timid, nervous, or indecisive, the following crystals are in order: Citrine, Amber, Yellow Jasper, Golden Tiger Eye, Honey or Citrine Calcite, even Malachite (not yellow, but still a good stone for willpower).

In Sound Therapy, the note “E” is used to balance the Solar Plexus Chakra. 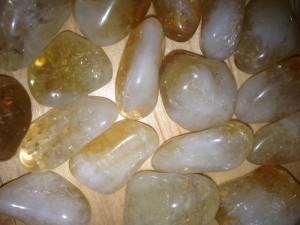 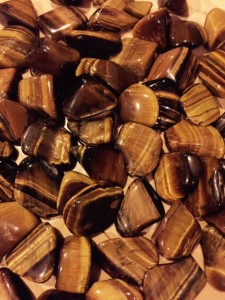 Both Citrine and Golden Tiger Eye are featured in the CrystalCRUSH program. If you are feeling called to soup up your Solar Plexus because you are preparing for an important event where self-confidence and shining your Light are essential, you’ll want to check out my Resplendent Perfection Activation. You won’t recognize yourself afterwards!